Anpanman is arguably the most popular character for babies and young children in Japan.

He is a super hero whose head is made of Anpan, bread filled with sweet red bean paste. He can help people regain strength by feeding them bread from his head…

You name it and there is probably an Anpanman product of it. 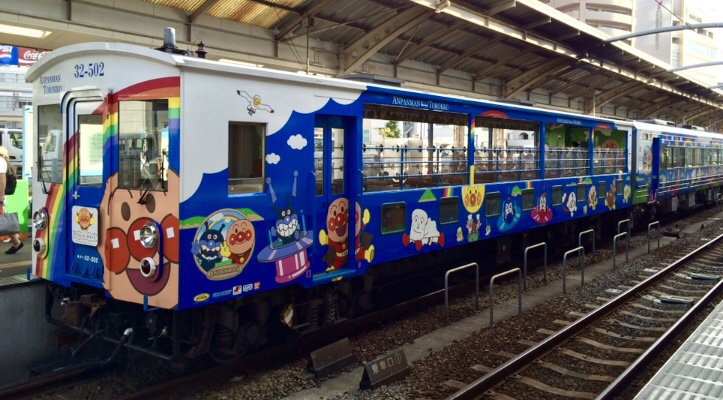 My son, who hadn’t even had Anpanman toys until recently is already crazy about him, he always points to his face in the shops, recognizes his name, and we have a feeling he has already said “Anpanman”!

I think it’s his big smiling face that makes him so appealing to children.

In Anpanman’s world there are a variety of characters,

There are also Curry Pan Man, Shoku Pan Man (White Bread Man), Cheese the Dog, and many many more! 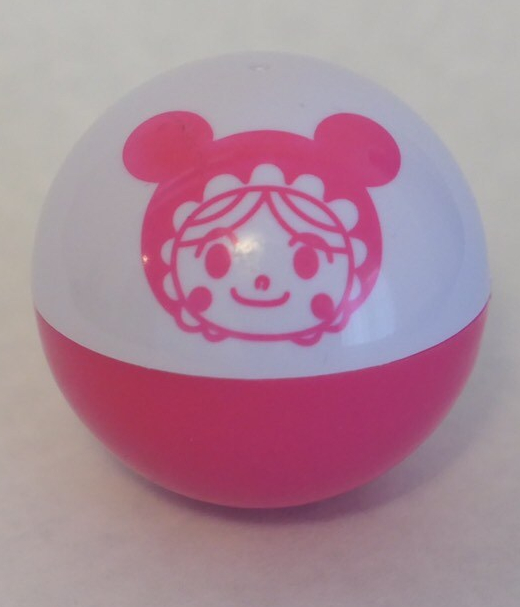 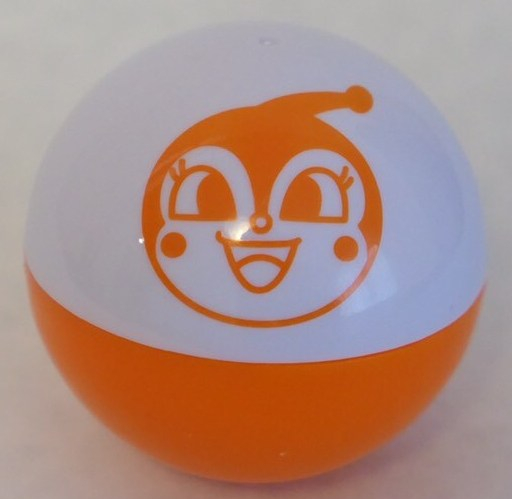 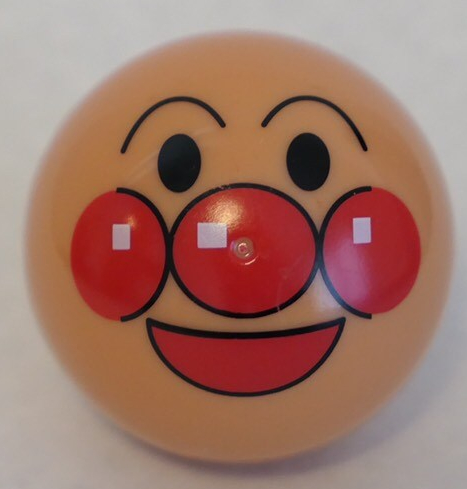 Seán got an Anpanman balloon recently, and loved it, but as always happens eventually, it deflated.

So we decided to buy him a new Anpanman toy and review it! We wanted to see if it worked as an educational tool. Since we are living in Japan, and Seán will be most likely attending all Japanese schools in future, I have to try hard to expose him to as much English as possible.

The toy we chose from babies ‘r’ us is the Anpanman Twirling Rolling Tower. It comes with colorful balls to roll down the spiral tower, and plays fun music including the Anpanman theme song.

We use the toy to teach him colors and “give me”.

English is becoming more and mire important in Japan , with the Olympics in Tokyo and World Expo in Osaka coming up in the near future.

Elementary schools are starting English education from an earlier age, and making it more of a priority in the curriculum. When I taught elementary school, the class was “foreign language activity” , which was great to introduce kids to other languages and cultures, but now it will be a proper school subject. Which is great too. Just hopefully it won’t become like Junior High and High school “rote learning” English which leaves a lot to be desired!

People are interested in starting kids off early learning English.

Sean can already understand many English and Japanese words! So I strongly believe that it’s important to foster a bilingual brain from a young age. Babies really take everything in and learn at a fast pace.

Sean loves his new toy and he’s doing a great job looking at the colors and following instructions, so I give the toy my seal of approval 👍🏻

みなさん、こんにちは。 フジファミリーのリアンです♡ アイルランド出身で、日本人の夫と2歳の息子（ショーン Seán ）と一緒に静岡県に住んでいます。 バイリンガル子育てについて記録をしたいと思います。 英語に興味がある方、バイリンガル育児をやってみたいママさんにも役に立てたら嬉しいです！ よろしくお願いします♪ Dia Dhuit! I'm Lian, an Irish mum living near the gorgeous Mt. Fuji in Shizuoka, Japan with my husband and little boy, Seán. I've always wanted to start a blog about my life in Japan, and what better time than the busiest and most challenging of my life. In the past year I have become a wife, a mum and settled down on the other side of the world. I want to share the things I love and don't love about Japan, and what it's like to be an Irish first-time mum in this unique country. I'm writing this mainly for myself and my family, but it anyone with an interest in Japan has a look for a few minutes of their day and thinks "hmm, interesting" I will be really pleased. I don't reckon the Internet will ever disappear, so this blog is something I can read in the future and look back nostalgically as I read my Dickens by a warm fire (or under a kotatsu) with my husband in our old age. Thanks for reading. Lian View all posts by バイリンガルママLian